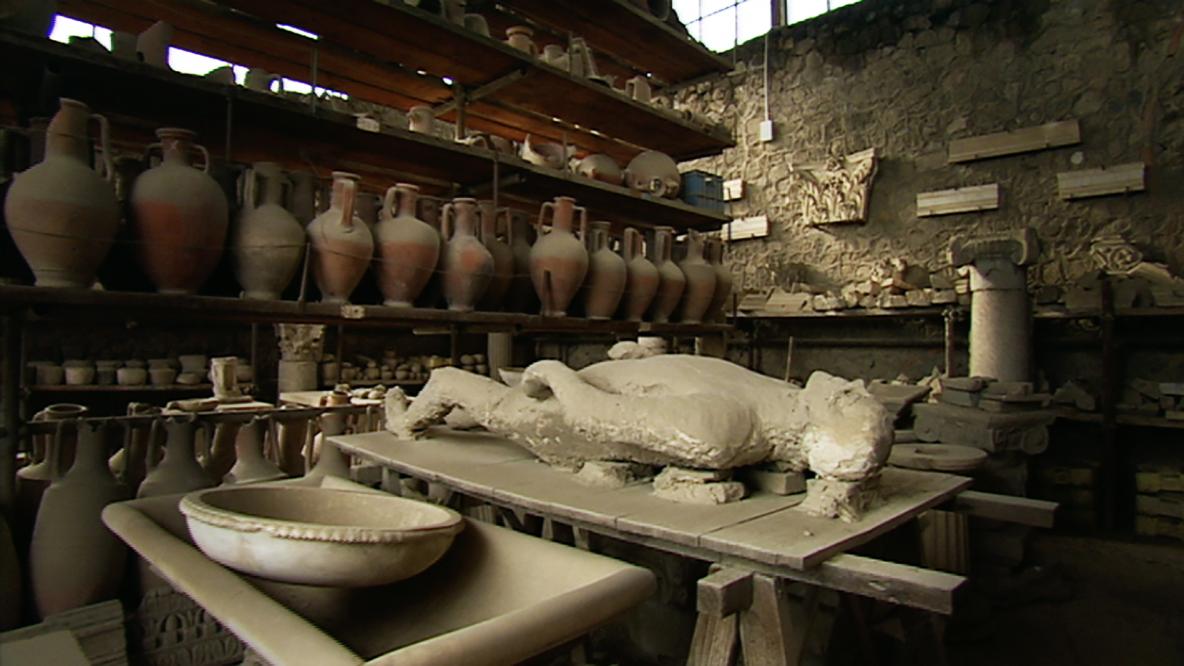 Stylish, fast-moving and filmic, The Riddle of Pompeii finally solves one of the world's biggest archaeological mysteries. In AD 79 the legendary volcano Vesuvius erupted in one of the deadliest volcanic eruptions of all time, destroying the town of Pompeii. For 400 years archaeologists have studied the ancient bodies found buried beneath layers of ash and rock. The explanation for the victims? deaths has always been that they were killed by flying rocks and boiling lava. This is the interpretation still given to tourists who visit the site at Pompeii today. Yet an intriguing mystery lies at the centre of this explanation... The people of Pompeii had ample warning that the volcano was about to erupt, and yet they apparently stayed put, awaiting death in their hundreds. Why? The skeletons of those who stayed behind were miraculously preserved in the dust and very few show any sign of damage, violence or attempts to flee. How, then, did they die? This film reveals the terrible truth of what happened to the people of Pompeii on that fated day. Building on cutting edge scientific theories and using very high production values to create beautiful dramatic reconstructions, it finally solves the riddle of Pompeii.