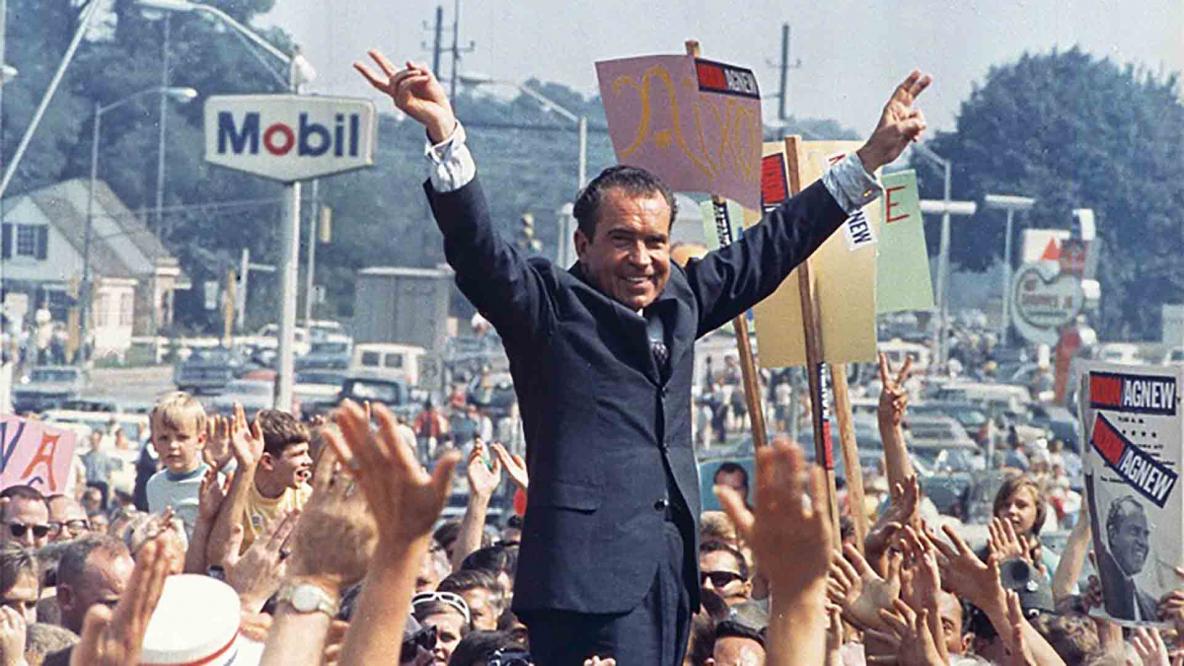 An intimate profile of Richard Nixon Nixon In The Den develops a fresh account of Nixon and his ruthless ambition to escape a loveless, impoverished background. Historian David Reynolds argues that Nixon was genuinely successful as an international statesman, with historic visits to Communist China and the Soviet Union in 1972 helping thaw the Cold War. Yet, behind the scenes, Nixon's diplomacy was a story of intrigue and rivalry. The very methods that won Nixon acclaim on the international stage also doomed his presidency in the infamous Watergate scandal. With the help of Nixon's scribbled memos, audio recordings and rarely seen home movie footage and photos, this film throws new light on Nixon's obsessive secrecy, relentless deception and paranoid mistrust of key aides, especially his foreign policy adviser Henry Kissinger.