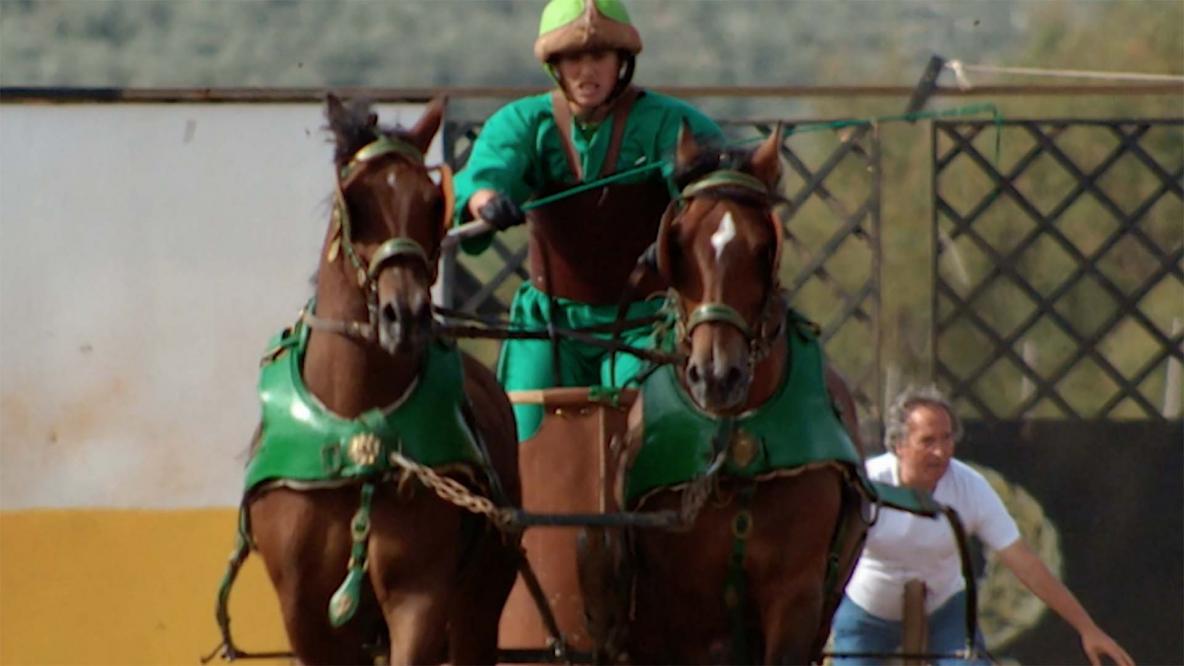 This programme challenges teams to design, build and race authentic Roman chariots for the first time in almost 2000 years. Through the reconstruction, the film reveals the history of Roma's favourite and most dangerous sport and how Roman ingenuity made it into a gripping and thrilling spectacle. Romans loved chariot racing above all other sport. There were over 200 race days a year, in Rome?s giant Circus Maximus and a massive 250,000 race fans would gather to see the thrills and spills of racing. See star drivers compete for wealth and honour. See terrifying and often fatal crashes, and bet thousands on the outcome of races. In this ambitious documentary, four intrepid volunteers undergo training and initiation as Ancient Roman racing drivers. As they prepare for race day, the documentary follows the four would -be charioteers ups and downs as they learn how to drive racing chariots. Not only must they learn how to control the chariots and the horses, they must master the strategies and skills they?ll require if they are to be victorious on race day. As the four drivers undergo training, the history of chariot racing unfolds using historical reconstruction. Chariot racers were slaves and began their careers while still children? they trained for years and lived well, the only problem being their short life expectancy ? many charioteers (not to mention their horses) died in the frightening pile-ups on the course. Yet if they survived both horses and riders would become major celebrities. Wealthy and respected, like today, they could leave behind their humble origins and mix with the highest levels of society.