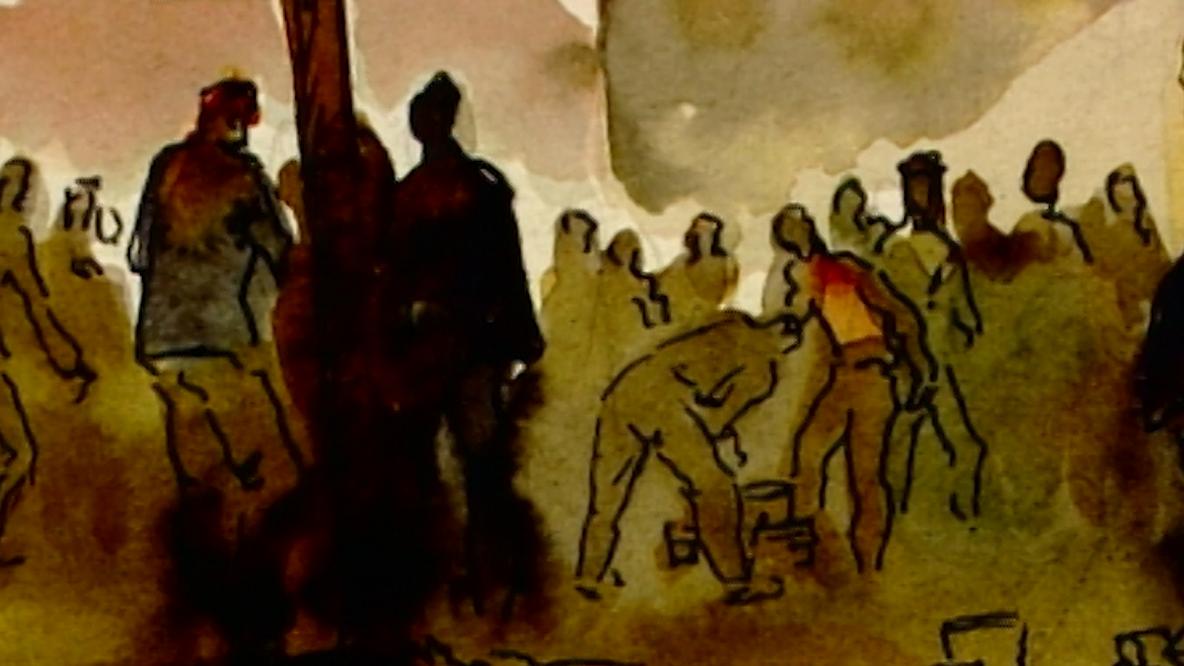 At the end of the Second World War, ten thousand prisoners of war anticipated liberation courtesy of the advancing Russian Red Army. The Nazis dashed these hopes. They forced the prisoners to march out of Stalag Luft III in the dead of winter toward the centre of a collapsing Third Reich in order to keep the P.O.W.?s as hostages. ?Forced March to Freedom? tells the story of this amazing test of endurance through the eyes of Robert Buckham of West Vancouver, a bomber pilot and artist who produced countless sketches and water-colours of prison camp life, as well as one of the only chronicles of the forced march itself. For some, it was a march to freedom, for others, a fatal walk into an icy death. The forced march of 10,000 allied airmen at the end of World War Two is one of the most dramatic untold stories of the war. And now, near the end of their own lives, it?s a story that the lucky men who survived the march are finally ready to tell. ?Forced March to Freedom? is a visually stunning film, not only featuring these emotional interviews but showcasing Buckham?s art as well as having unique access to the few photos that capture this dramatic event.

Us And Them Now